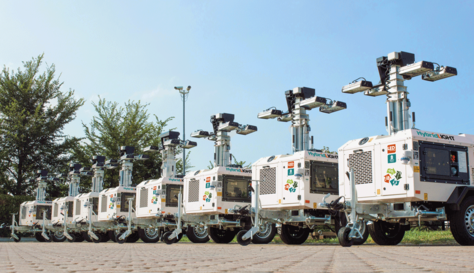 Headquartered in the outskirts of Milan, Bruno Generators Group is one of the leading international players in the design, production, distribution and rental of premium range power generators and light towers for medium-high power.

In 2022 the Group expects a turnover of over Euro 120 million (over 60% of which generated abroad) and an EBITDA margin of approximately 25%.

The Group, operates 4 plants in Italy (Piacenza, Grottaminarda, Bari and Milan), has a direct commercial presence in the UK, USA and Germany and boasts a consolidated international presence in more than 70 countries with a large and heterogeneous customer base in diversified reference markets.

In September 2021, Bruno Generators purchased FTG Equipment Inc., its distributor in the USA, which will represent the basis for future growth in the American market.

Space Capital Club will support the international development of the Group (with particular attention to the North American and Australian markets) and will drive Bruno Generators to listing on the stock exchange, over the next 3-5 years.