Fineurop Soditic acted as financial advisor to 21 Invest Italy in the acquisition of a majority stake in Zanzar S.p.A. 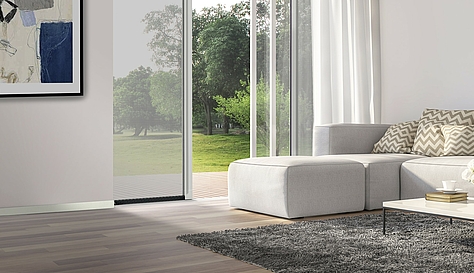 Founded by Mr. Angelo L'Angellotti in 1985, Zanzar is a leading manufacturer of insect screens as well as window accessories like shutters, blinds, awnings and pergolas.
Based in the province of Taranto, Zanzar is the European leader in the development and production of insect screens.
The Company reached a total turnover of approximately Euro 80 million, about 35% of which is generated on international markets with a total workforce of around 400 employees.

Across its 11 production sites, Zanzar has developed an operating model, that ensures customers a high level of service and quality, with extremely fast delivery times.

The continuous investments made over the years and still underway will provide the Company with significant room to grow, both increasing penetration in already served markets and expanding its international footprint.

21 Invest will support the Company’s development on an organic basis, including the integration of the companies acquired in the past years, as well as, through a build-up strategy, with a number of potential targets already identified in order to expand product range and market coverage.
The transaction has been supported by Crédit Agricole, MPS, BNL, BPER Banca and Banca Sella.